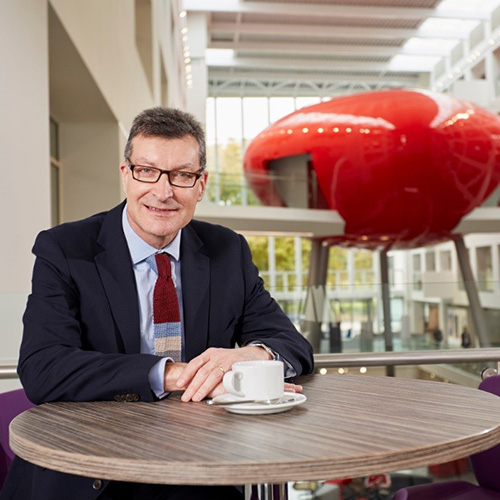 He is Deputy Chair of the Universities and Colleges Employers Association (UCEA) and the Treasurer of Million Plus, the Association for Modern Universities. He previously chaired the Board of Kendal College and the boards of various charities and companies with a range of functions from a dental clinic to scientific consulting.

He is an Honorary Professor at Hebei University and a Visiting Professor at the National Academy of Education Administration in Beijing. In 2014 Hebei Province, China conferred on him the title of ‘Outstanding Foreign Expert’.

A lifelong sports enthusiast, Graham played rugby until injury forced him to retire and turn to the gentler pursuit of cycling, which he still does today.