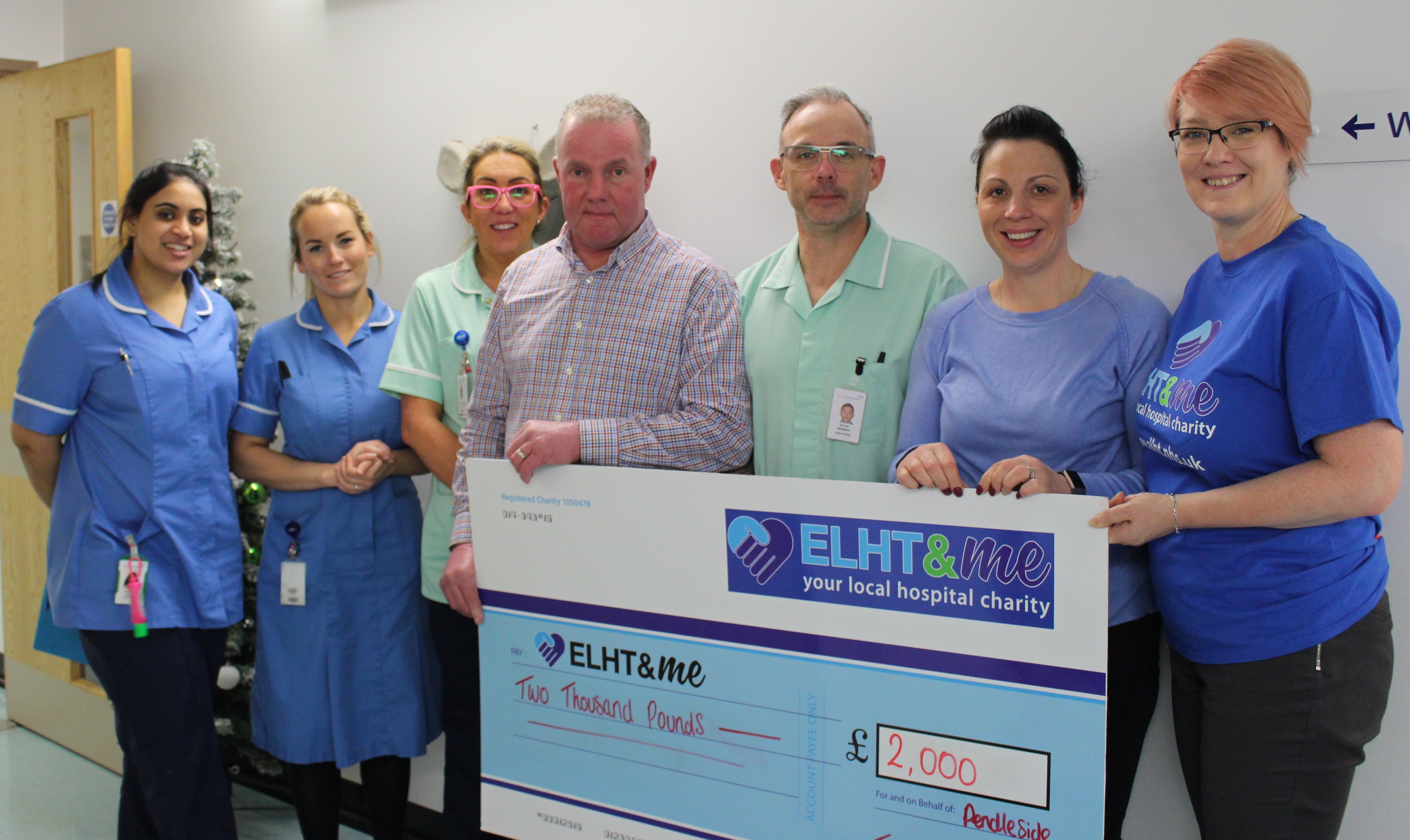 It was with great pride that the Pendleside Charity Tractor Run presented a cheque for £2,000 to the Chemotherapy Unit at the Royal Blackburn Teaching Hospital.

Tractor Run organisers led by Laura Standring and Phil Sanderson visited the hospital to hand over a whopping donation and see for themselves how the public’s generosity benefits patients.

Ruth Brierley, Chemotherapy Unit Manager was overwhelmed by the generosity of the gift, “Every year, Tractor Run organisers and the public do this amazing fundraising for us. The money raised enables us to purchase better equipment for our patients.”

Although the run was unable to go ahead this year, organisers were still able to raise an incredible £4,000 which has been divided equally between ELHT&Me, the official charity for East Lancashire Hospitals NHS Trust, and Rosemere Cancer Foundation.

Denise Gee, Fundraising Manager for ELHT&Me, said “Many thanks to Laura, Phil and everyone who supports them by either taking part in the tractor run or making a donation for their wonderful, continued support.”

Louise Grant, Rosemere Cancer Foundation’s Fundraising Co-ordinator, said: “We have been lucky enough to have been a beneficiary of the Pendleside Tractor Run since 2012. Over the years, the run has grown into an eagerly anticipated annual spectacle that brings the local farming community and villagers throughout Pendle together. We are immensely grateful to be associated with such a brilliant event.”

“When the Tractor Run started, we hoped to be able to raise enough money to help provide people with some tea, coffee and biscuits on the hospital ward”, said Phil Sanderson. “Eleven years later and ‘the run’ has raised an incredible £50,000.”

The Pendleside Charity Tractor Run was set up in memory of Andrew Nutter, a farmer at Sabden Old Hall farm, who sadly lost his fight with cancer at 40 years old. Andrew’s sister, Laura and friend Phil Sanderson organise the event which sees over 100 vintage, classic and modern farm vehicles form a convoy through Higham, Fence, Barrowford, Blacko, Roughlee, Barley and Newchurch.