Sir Captain Tom Moore’s story captured the nation and we took to our doorsteps to clap our NHS Heroes. The Covid pandemic brought home to all of us the vital importance of our NHS. While, thankfully, now on the road to recovery that spirit lives on.

We want to celebrate our NHS Heroes at East Lancashire Hospitals Trust who go above and beyond. 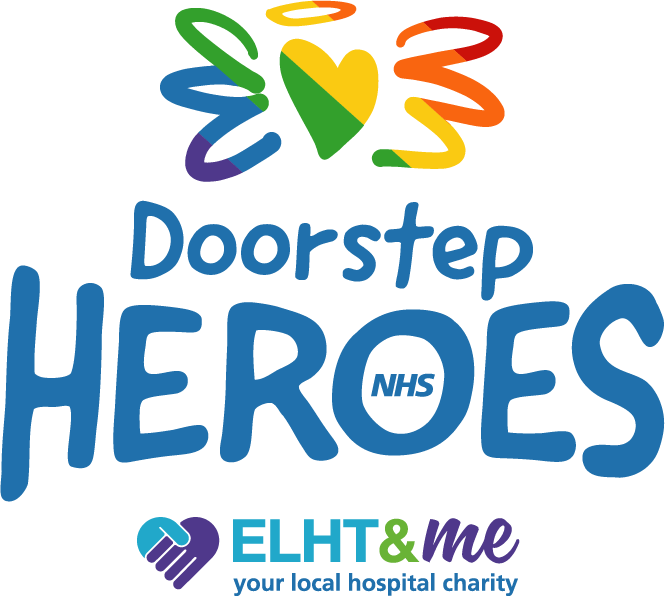 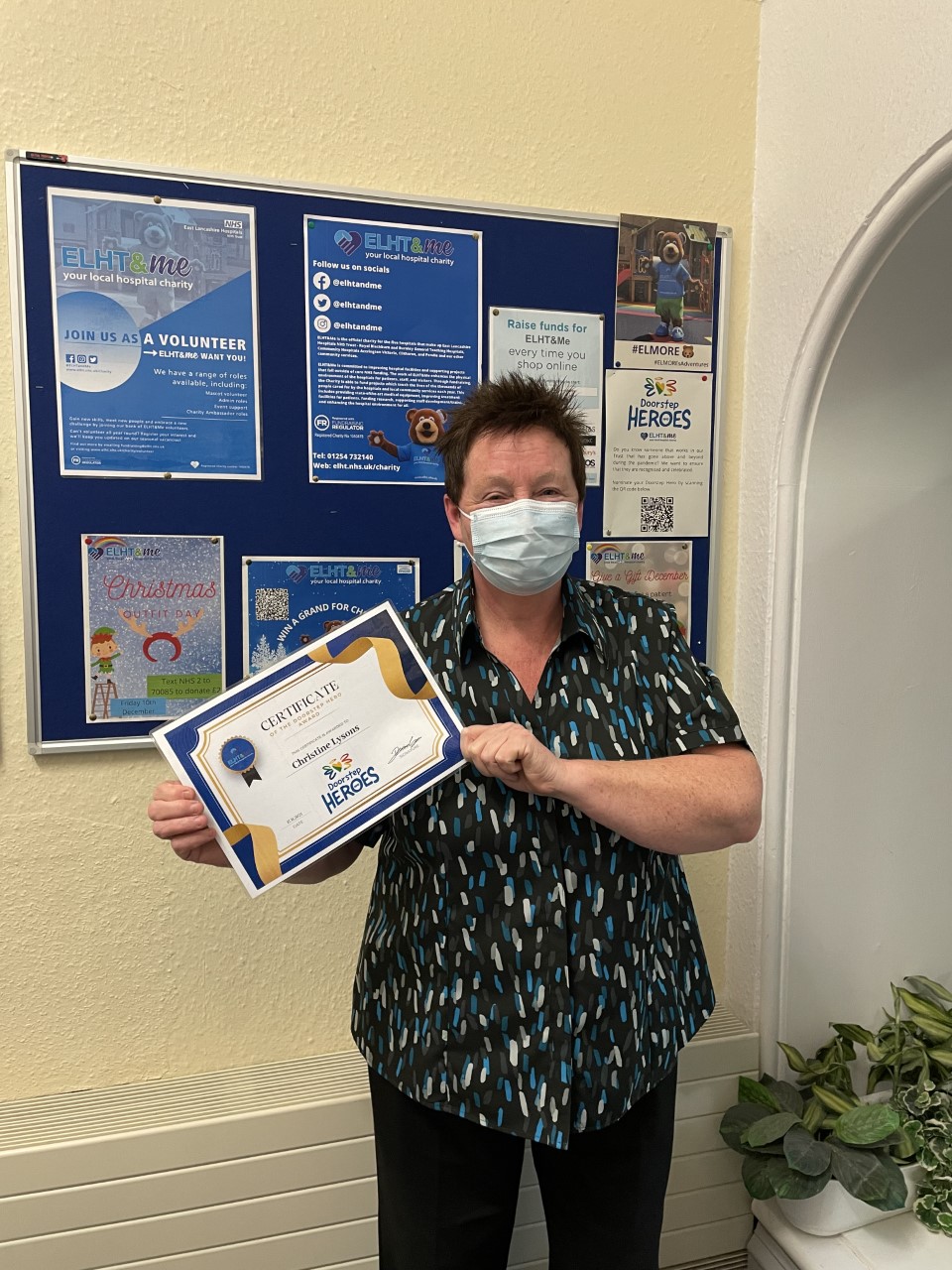 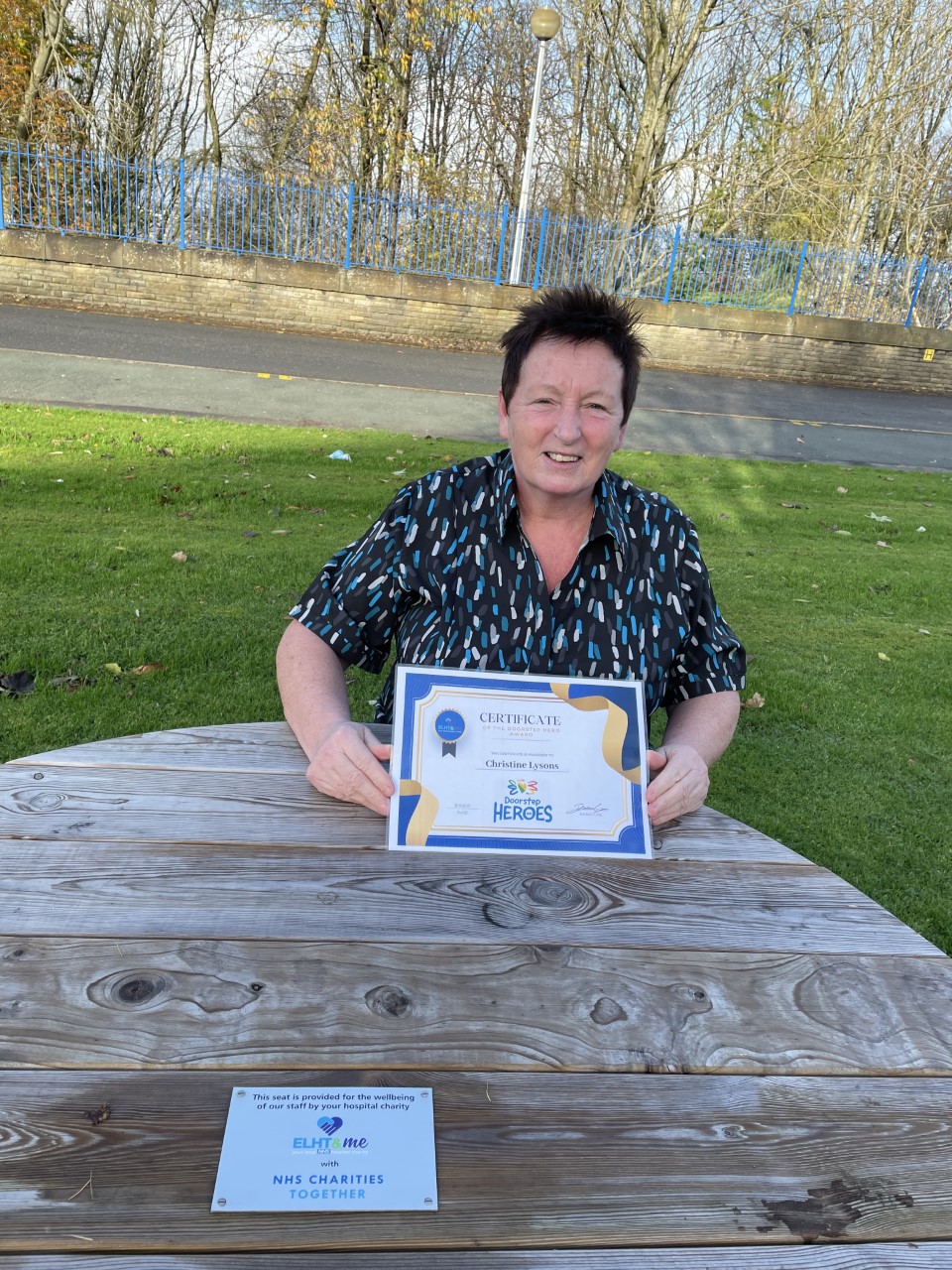 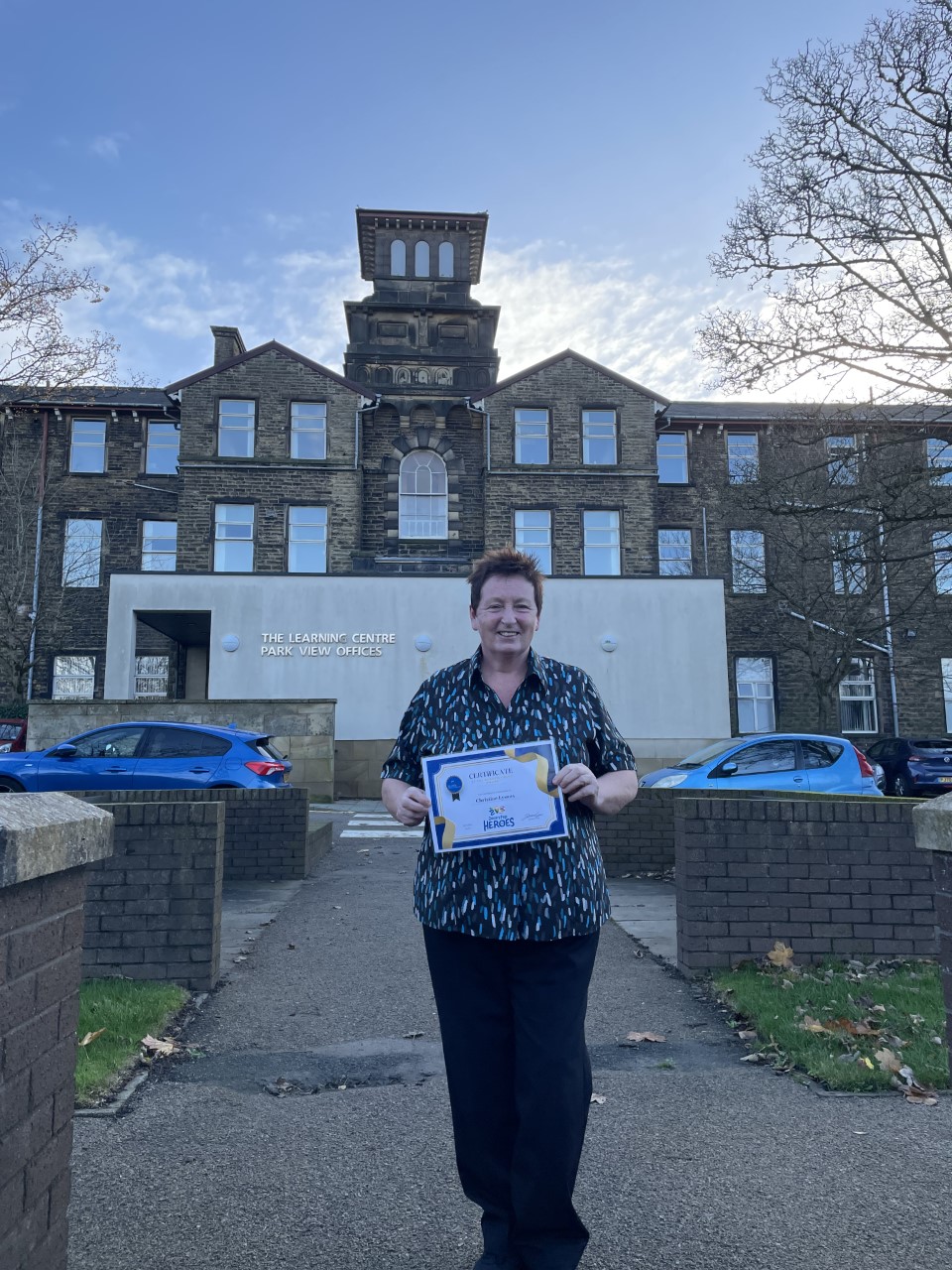 Christine has been working on a Covid ward at Burnley General Teaching Hospital and the nomination comes from their Ward Manager.

Christine tells ELHT&Me about her experience and says "they're an amazing team and I'm just so proud to work with them."

Ward 19 Manager Kate Shipston lists her reasons for nominating Christine, "she supported our team when we were in desperate need and she went above and beyond." 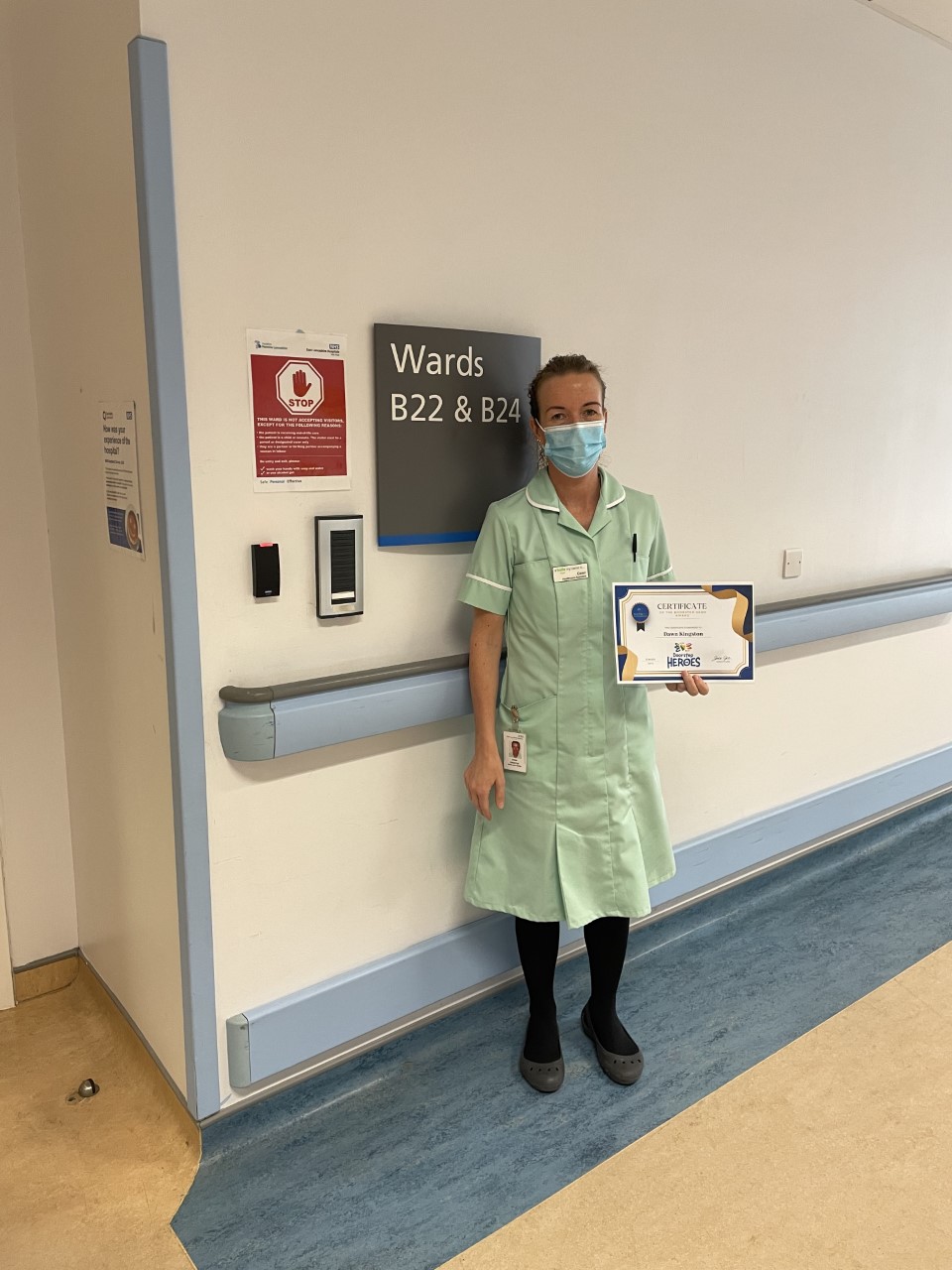 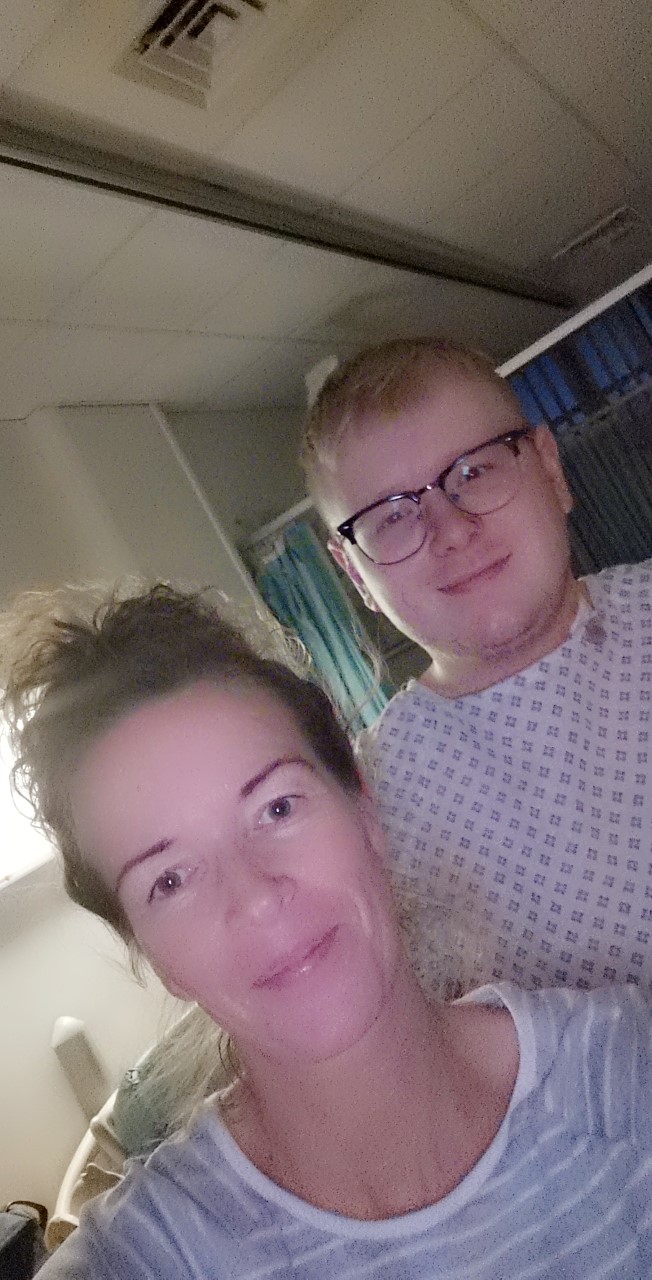 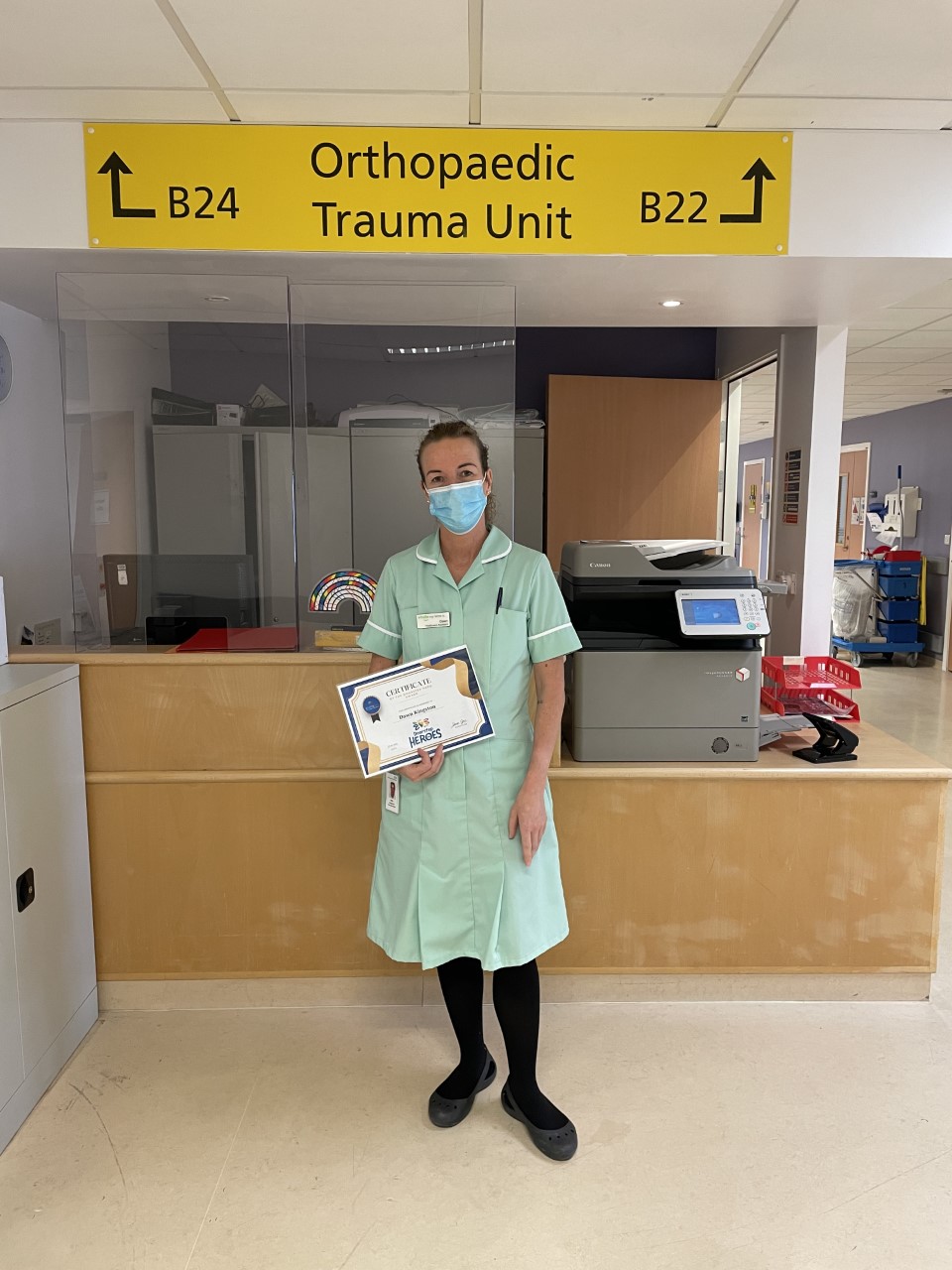 Dawn was nominated because of her enthusiasm, optimism and bright outlook but mainly her selfless act of donating a kidney to a complete stranger. After seeing a social media post about a young man requiring a kidney donor, Dawn decided to take action and immediately contacted the transplant team at Preston who conducted all the relevant testing and she was delighted to discover that she was a match.

Dawn said: “The transplant was scheduled for December; however my pre-op covid swab came back as positive. The operation was re-scheduled but had to be cancelled once more due to my Surgeon receiving a positive covid test result.”

However, third time really was lucky and in January 2021, Dawn donated her kidney to a stranger and this life-saving gift has enabled her recipient to live dialysis free.

Dawns Ward Manager on B24 at Royal Blackburn Teaching Hospital, Kelly Haddock describes Dawn as a wonderful person and said: “She’s such a selfless person and an inspiration to many. I am so proud of her.” Kelly has worked with Dawn for eight years and spoke to ELHT&Me about how much Dawn helped the team through the pandemic. “Through the ward movements during the pandemic, the team stayed strong together. Dawn was one of those that you knew when you were to come on shift, she would have that smile on her face that could light the world up”.

Dawn now wants to encourage others to think about the option of organ donation. 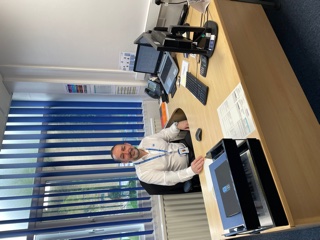 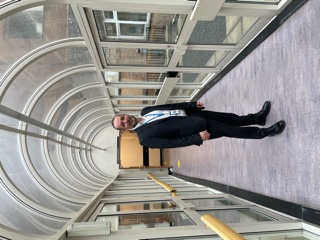 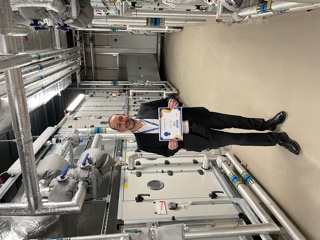 Larry leads a dedicated team of unsung heroes behind the scenes that keep the heart of our Hospitals beating 24 hours a day.

Larry talks about the challenges his team faced through the pandemic which included establishing covid testing centres followed by mass vaccination centres. “As we all know, space is always in short supply in our hospitals so it has been particularly challenging for Estates to find suitably socially distanced accommodation to allow the Trust to continue to function”.

The pandemic no doubt brought us all together. Larry highlights this positive saying “Estates had the opportunity to work closely with our hospital charity ELHT&Me to help deliver some great schemes and projects to support our colleagues. From the creation of external sanctuary spaces like the T-Garden at RBTH which supported our Critical Care colleagues, additional outdoor spaces with donated picnic tables on all our sites, delivery and utilisation of donated furniture and equipment.”

“The big project was the creation of the beautiful Garden of Memories at RBTH which was funded by ELHT&Me and supported by Estates and many sub-contractors who all donated their time for free.”

“It was an amazing achievement undertaken at a difficult time and will be a lasting legacy for ELHT for many years to come.” 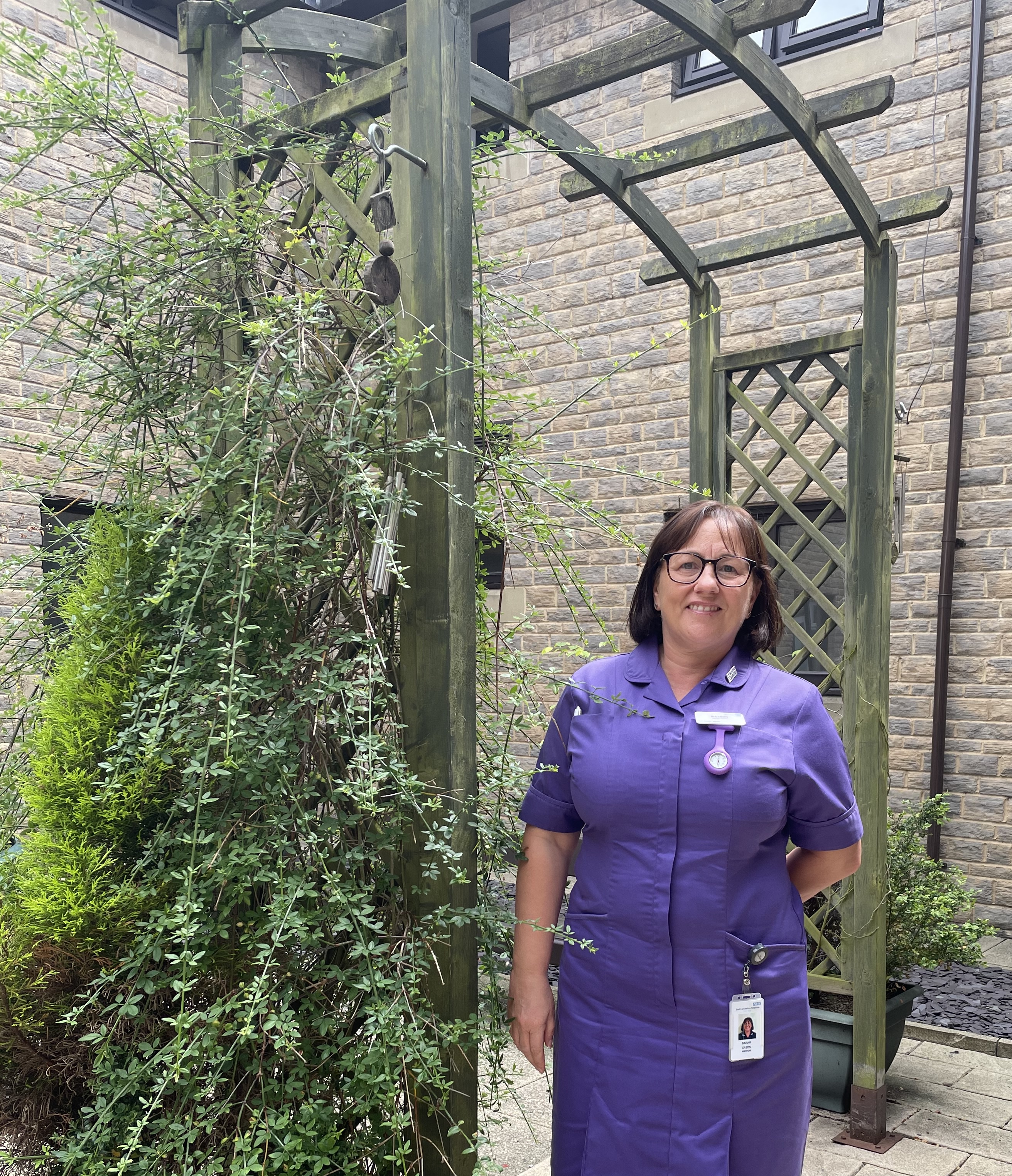 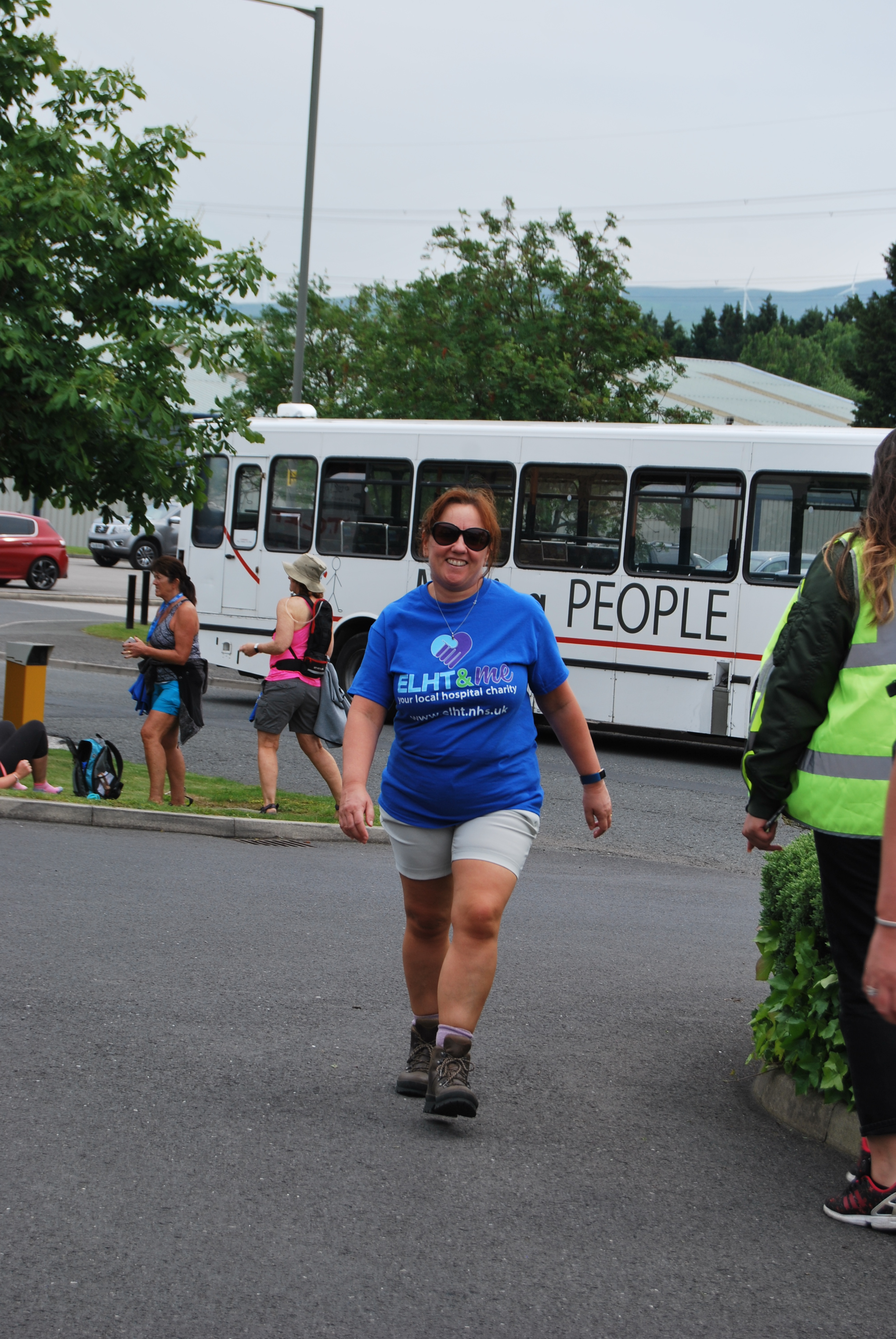 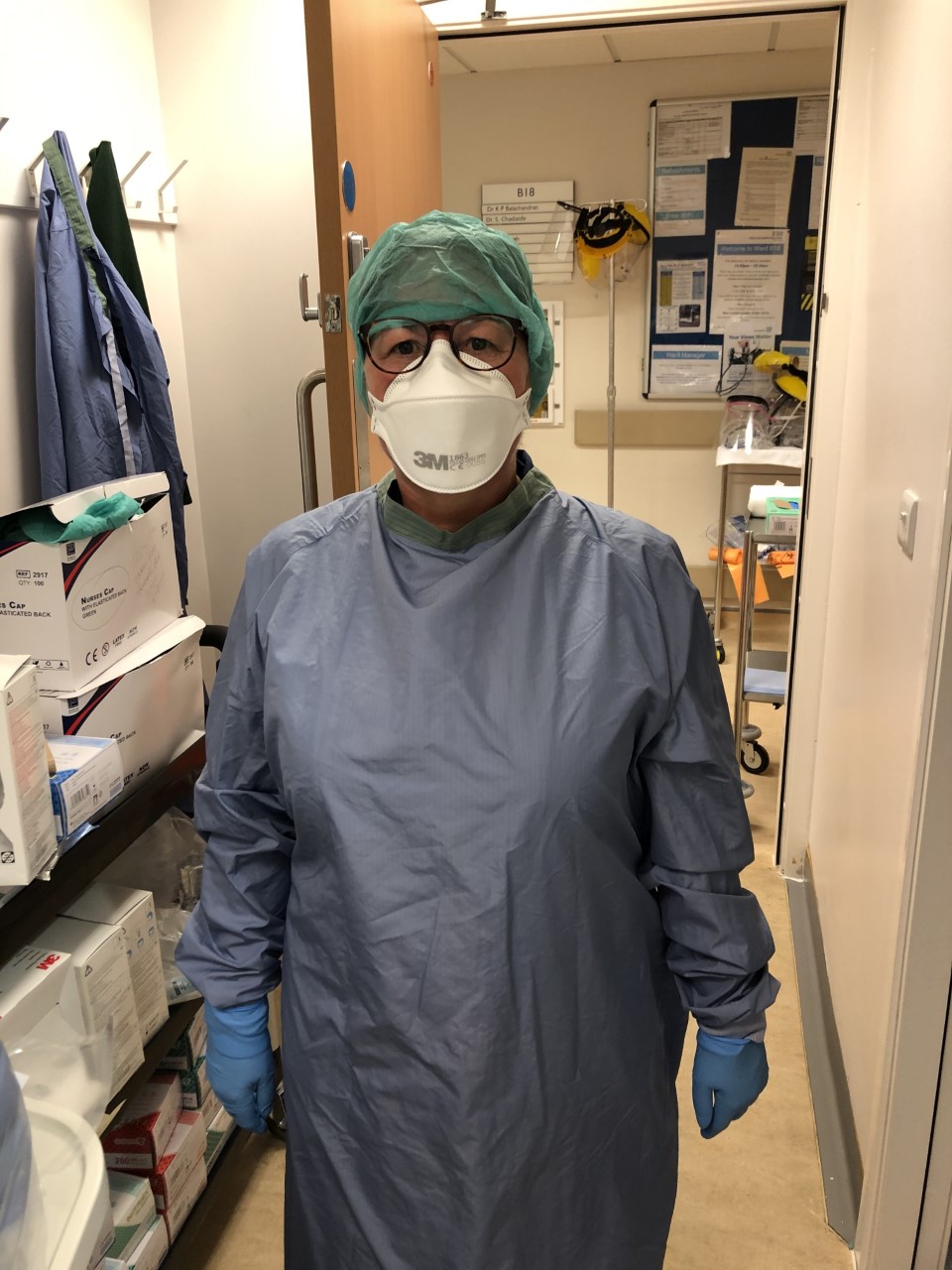 East Lancashire hospitals charity ELHT&Me has named matron Sarah Caton as its first Doorstep Hero as it launches a campaign to honour NHS sacrifices during the pandemic.

The campaign, launched in August by hospitals charity ELHT&Me, will single out Trust employees who contributed to East Lancashire’s fight against Covid-19 and share their stories with the community that came out clapping for the NHS during lockdown one.

Sarah, who has worked for the Trust for 34 years, described caring for East Lancashire’s Covid patients as “emotionally tough”, with many not surviving during the area’s toughest periods.

When soaring Covid numbers meant her ward became an intensive care unit, Sarah, then a ward manager, and her team had to learn a whole new skillset to deal with the “heartbreaking” cases they faced.

Now a matron for Pendle and Clitheroe Community Hospitals, she was delighted to be named ELHT&Me’s first ever Doorstep Hero.

She said: “I did go out clapping on the doorstep every week and it made me cry and feel really proud to do what I do.

“I’ve worked for the Trust for 34 years and I’m just doing my job, but I’ve always been proud to work here, and proud to work with the community and the teams at ELHT.”

Denise Gee, manager of ELHT&Me, said Sarah deserved to be named the first ever Doorstep Hero and said she looked forward to honouring even more Trust staff. ELHT&Me supported Sarah and other Trust staff and patients during the pandemic using donations from the generous East Lancashire community.

She said: “Sarah is an extremely worthy recipient of our Doorstep Hero accolade and I’m so pleased to be able to show our gratitude for the contribution she made during the pandemic. We all know the sacrifices made by our NHS but I think it’s hugely important that we share with the community some of the individual stories of how East Lancashire coped with the pandemic.”

When the pandemic hit in March 2020, Sarah was manager on ward C9, a medical ward at the Royal Blackburn Teaching Hospital.

As cases started to rise, the ward was turned into a Covid assessment unit before becoming an additional intensive care unit, enabling the hospital to cater for the sheer number of patients being admitted in a serious condition.

“The hospital was getting really busy and we were asked to increase capacity of the intensive care unit by adapting other wards to become intensive care wards,” Sarah said.

“It’s a whole new skillset, but we were supported by the ICU team who were happy to teach us what we needed to know and support us,” she said.

The situation was harrowing, she said, with little known about the spread of Covid and the scale of the problem in the early days. She and her husband took the decision to stay away from relatives from March until July so that Sarah could protect both her patients and family.

“To be working on the frontline was emotionally tough, trying to support patients and other members of my team, who were dispersed in the ICU,” she said. “It was challenging and heartbreaking at times seeing patients suffering and caring for those who didn’t survive.”

There were happier times too, however, when patients did pull through and became well enough to be sent home.

Sarah said: “ICU became really good at rehabilitating patients so that by the time they were on the wards they could be discharged after only a short time, and we used to clap them off the wards.

“Some still keep in touch with the wards to show how grateful they are.”

In Sarah’s current role, which she started in October, she has responsibility for two wards at Pendle and one at Clitheroe, supporting ward managers and ensuring good quality patient care. She paid tribute to the charity and donors for their support.

She said: “During the pandemic, there were lots of ward moves and it was a struggle. The support from the charity through the delivery of chocolates, soft drinks, food, toasters and microwaves – whatever we needed – made our lives so much easier and nothing was ever too much trouble for them.

“When visiting stopped, patients became more isolated and I contacted Denise from ELHT&Me to see what they could do. They organised free television and things like colouring books, wordsearches, reading books and iPads so they could keep in touch with relatives, which was really important.

“The Trust and the charity work really well together – I don’t know what we’d do if the charity didn’t exist.”

Of ELHT&Me’s work to support staff, charity manager Denise said: “From the scale of the charity paying £2.5m to fund robotic surgery to simple things like providing a toaster for staff, what we do is so wide-ranging across the Trust and we need the community to continue supporting us so we can do even more.

Sarah has also done a short video explaining what ELHT&Me means to her. You can view this here: