'Lead With Lead On' London Marathon

Adam is a Diagnostic Radiographer at ELHT, and regularly works within the NICU department, performing crucial x-rays in order to aid the diagnosis and treatment of newborn babies.

In 2006 he underwent brain surgery to treat his epilepsy, but suffered complications and was admitted into Rakehead Rehabilitation Centre. Adam says that part of his rehabilitation was helping the other patients recover. After being discharged, Adam went on to volunteer at East Lancashire Hospitals NHS Trust. Volunteering provided Adam with a glimpse of what working for ELHT would be like, and while volunteering in Radiology he decided upon his career path. After three years of study, Adam’s journey brought him back to ELHT, as a Diagnostic Radiographer. Adam who describes himself as an ‘ultra-runner’, combined his love of running with his desire to help patients with his fundraising campaign.

Adam chose to run the 2019 London Marathon, and to make the experience a bigger challenge, and to raise as much as possible, Adam ran the marathon wearing a lead protection suit, like the kind used regularly in Radiology. The lead coat has been specially made by a company called ‘Rothband’, who kindly donated the lead in aid of the charity.

His fundraising was also featured in the Burnley Express, the Society of Radiographers and the Lancashire Telegraph. 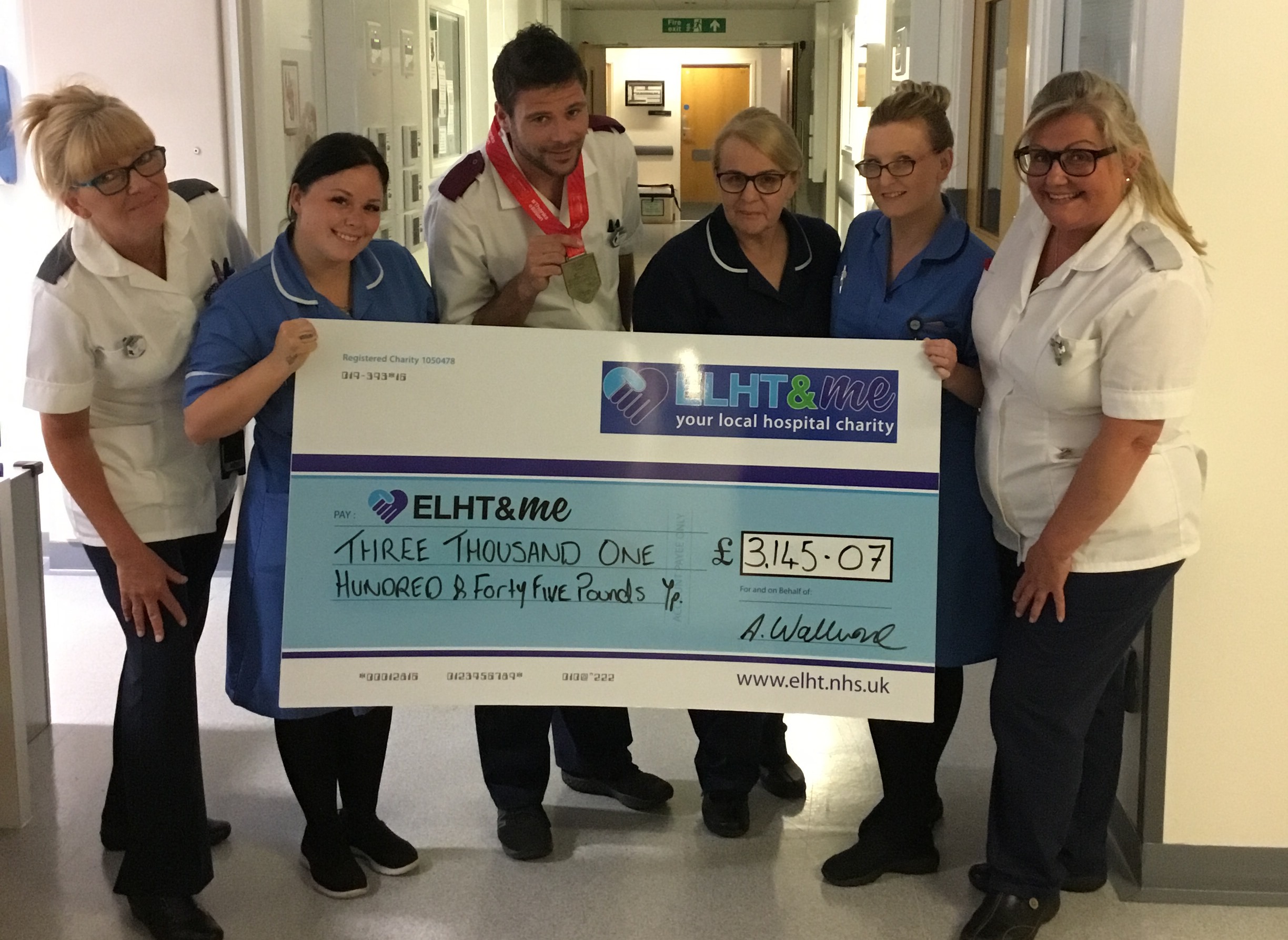 Denise Gee, Fundraising Manager for ELHT&Me said “We’d like to say massive thank you to Adam for taking on this extreme challenge in aid of ELHT&Me. He has helped us to raise vital funds to improve patient experience”