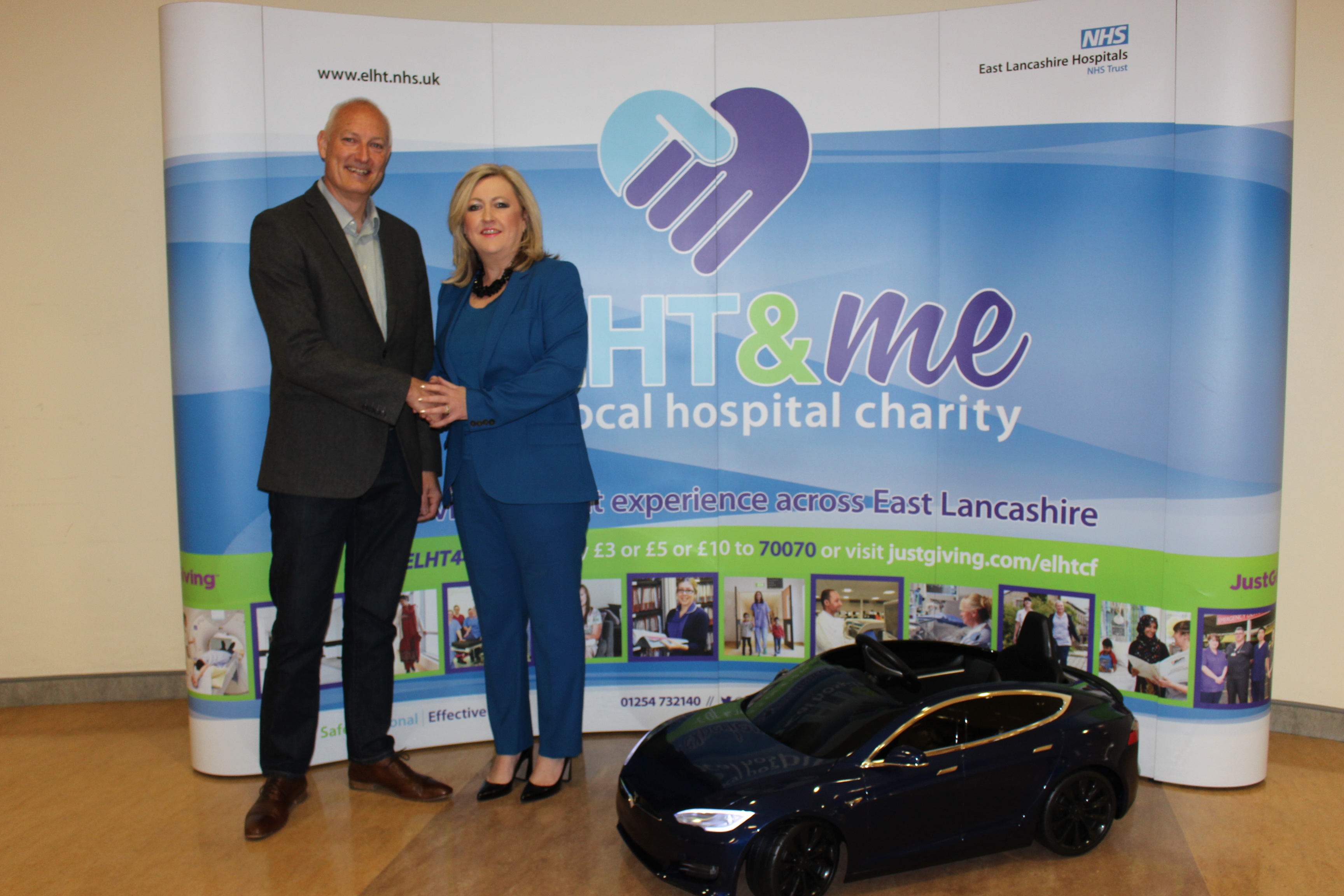 One lucky child will this month become the first in Lancashire to own a specially-designed electric vehicle donated to the hospital charity.

As part of its £1 Million Appeal, East Lancashire Hospital’s ELHT&Me charity has launched a charity raffle to win a customised Tesla Model S for Kids, a small scale version of the world’s electric car.

"It is a very special gift and one of the most wonderful donations ever received by ELHT&Me, our trust's dedicated charity."

The deep metallic blue Tesla Model S for Kids, worth in excess of £500, is a battery powered ride on that comes equipped with high-end features to recreate the ultimate Tesla experience.

Tony Mills (pictured), who recently took up a new position as Director Commercial Sales and Channel for the newly formed ChargePoint Europe, visited the Royal Blackburn Teaching Hospital to hand over the keys to the spanking new Tesla Model S for Kids.

In keeping with the company culture and philosophy, Tony’s generous donation came about after he took delivery of his own electric Tesla Model S. As a result of Tesla promotion, Tony also received the Radio Flyer ride-on version of his car, and kindly donated it to ELHT&Me.

In the next two weeks, ChargePoint’s Tesla Model S will be display for staff, patients and visitors to the Royal Blackburn Teaching Hospital, Burnley General Teaching Hospitals to see the fantastic scale model up close.

2BR News Anchor Sarah Collins will draw the winning ticket at 3.30pm on Friday 25 May when the station broadcasts live from the Royal Blackburn Teaching Hospital on Local Radio Day.

Over the past 10 years, ChargePoint Inc. have grown to become the world's largest networked EV Charging company, with more than 1 million charging sessions delivered every month. Put another way an EV driver connects to a ChargePoint EV charger once every 2 seconds.