Siobhan & Friends party night away, in aid of stroke services 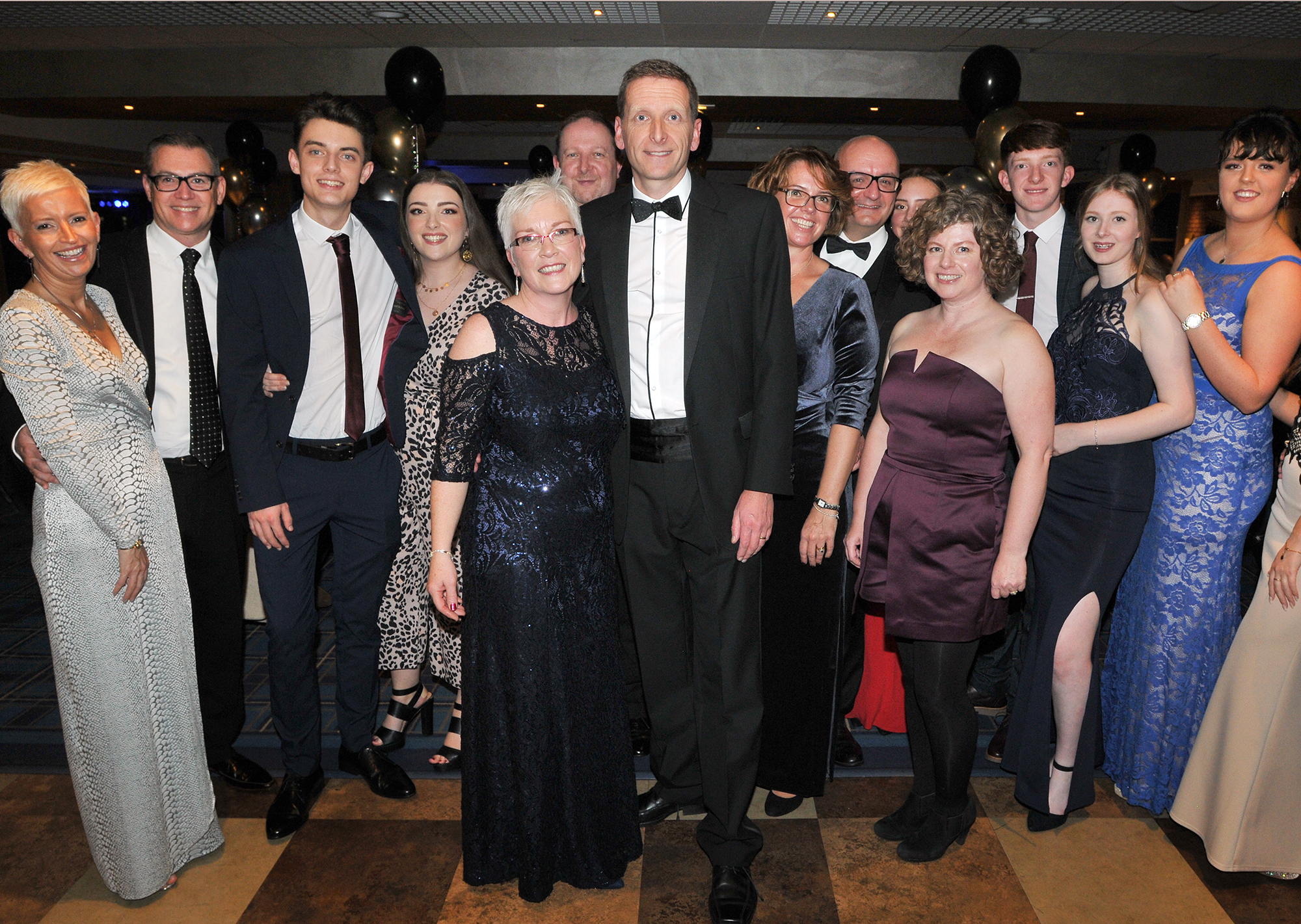 Stroke speech and language therapist Siobhan Neild’s dedication to her job extended way beyond office hours when she organised and hosted a charity ball at Ewood Park that raised £5,500, which is being split between the Royal Blackburn Teaching Hospital’s Stroke Services Department and Rosemere Cancer Foundation.

The event, attended by 170 guests and sponsored by The Millstone at Mellor, featured live music from seven-piece band Groovething. It had a silent auction and raffle. There was also a bottle tombola featuring over 100 bottles. Its takings were match-funded by Santander Bank.

Siobhan’s fellow host and co-organiser was her husband Mark, a governor at St Augustine’s RC High School, Billington. The couple live in Mellor Brook and have previously organised two other charity balls, the last one four years ago.

Mark said: “We would like to thank everyone who supported the ball in any way from buying tickets to donating prizes. We are extremely grateful. It was a thoroughly enjoyable evening.”

In support of Siobhan and Mark, Lloyds Bank in Blackburn town centre is to hold a coffee morning on Friday 2 November, that will also raise money for Rosemere Cancer Foundation and the hospital’s Stroke Services.

The donation to Stroke Services will be made via ELHT&Me, East Lancashire Hospitals NHS Trust’s official charity that goes above and beyond the NHS provision, improving patient experience across East Lancashire and making a real difference to all our community.

Rosemere Cancer Foundation will use the money it receives to fund vital equipment, research, training and other cancer services, which are beyond limited NHS resources, to bring world class cancer treatment to cancer patients throughout Lancashire and South Cumbria.

For further information on ELHT& Me, go to www.elht.nhs.uk/elht-and-me-charity