Lisa is ELHT’s first employee of the month for 2021

Lisa is ELHT’s first emloyee of the month for 2021 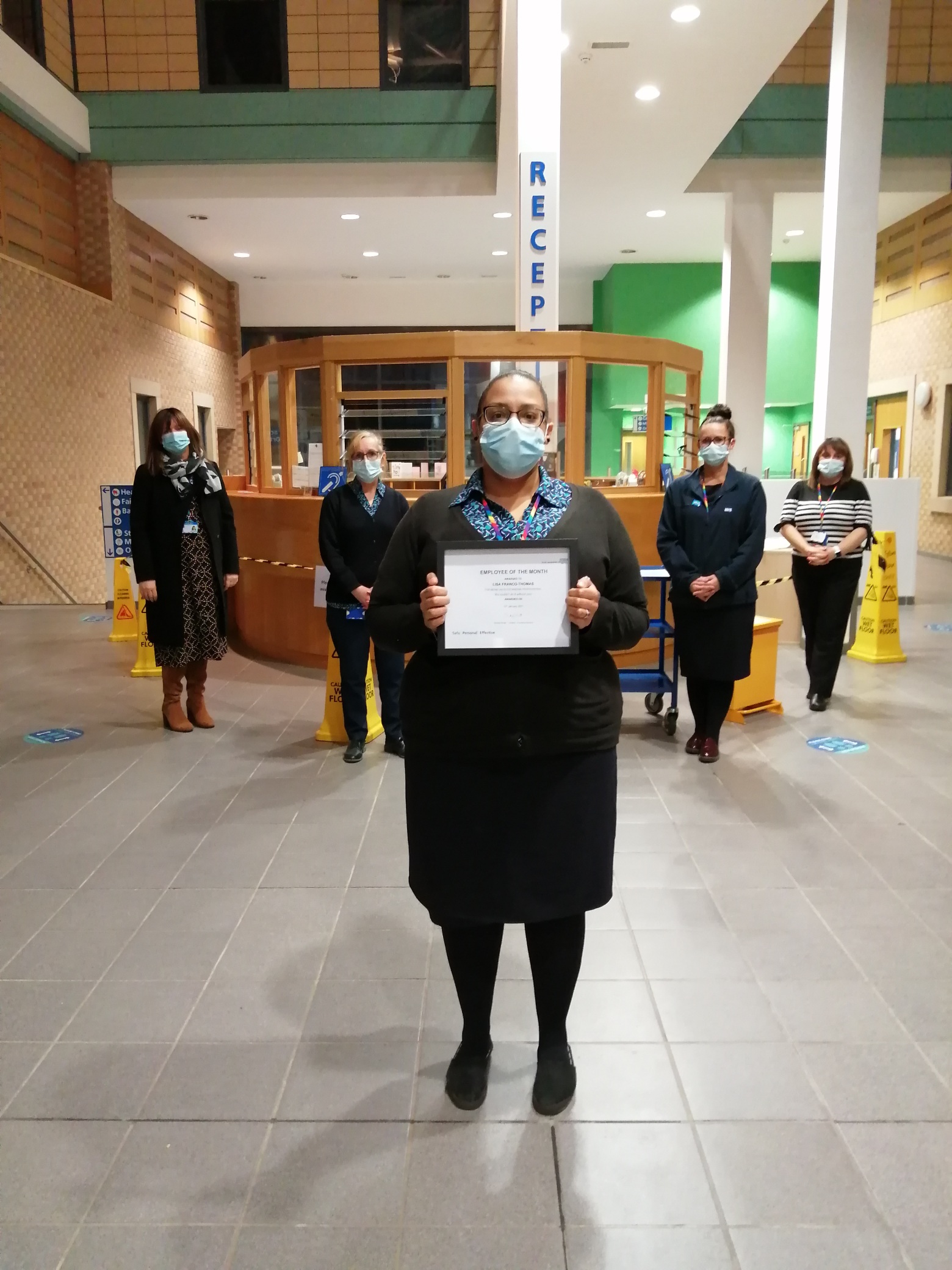 East Lancashire Hospitals NHS Trust’s Employee of the Month for January was awarded to Lisa Danielle Franco Thomas, an admin assistant described as going ‘above and beyond’ by colleagues.

Lisa, who works in the Diagnostic and Clinical Support (DCS) team based at St Peter’s Centre, Burnley, was surprised and overwhelmed to receive the award.

Nominated by team members for displaying safe, personal and effective care both in and outside of work, Lisa was also praised for her part in two distressing incidents recently. The first happened when she was on her way home from work and witnessed a car accident involving a child. Those at the scene described how Lisa took the initiative and control of the situation, safely coordinating people and supporting those involved until help arrived. In the second incident, Lisa was able to care for an elderly gentleman who sadly fell whilst she was at work. Colleagues said she showed kindness and compassion to the man, again taking control of the situation to ensure everyone remained calm.

The team at St Peter’s Centre said the award was a credit to Lisa’s professional and helpful approach when dealing with patient concerns and described here as ‘going above and beyond’ each and every day.

Lisa was presented her award by Shelley Wright, Executive Director of Communications and Engagement, who said: “I was delighted to meet Lisa and present our first employee of the month of the year. She was overwhelmed that she had been nominated and immediately said the award was for the entire team and everything they achieve and do to support each other every day. I was really touched by their team spirit and care for each other, it was inspiring. It’s clear Lisa and the whole team truly care about people and work hard to help resolve any concerns effectively. Congratulations Lisa, you really deserve the award.”