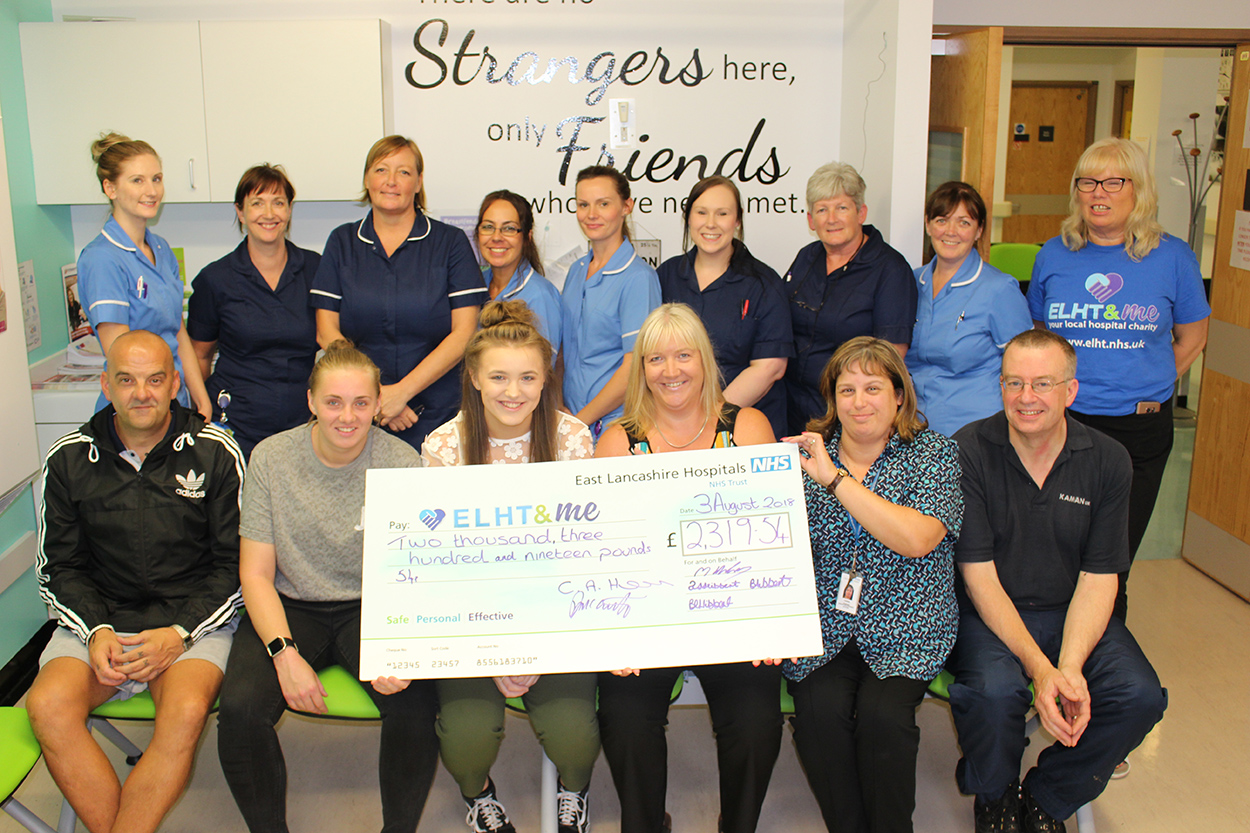 Pictured: Peter’s friends and family hand over the £2,319 cheque to Chemotherapy Unit Sister Ruth Brierley and her staff

Peter’s friends and family organised the event at Burnley’s Towneley Golf Club to thank staff on the Chemotherapy Unit at Royal Blackburn Teaching Hospital for the care Peter received during his battle with cancer.

“It was really important to Peter’s friends and family that we gave back to the Chemo team who took such great care of not only Peter but also his family during his three and a half year fight with cancer,” said Peter’s sister-in-law, Carrie Hornby.

“This was a fantastic opportunity to get together and to do something really positive in his memory and hopefully we can make things a little more pleasant for the next family’s journey with cancer.”

Peter’s family made the decision to spend the money on special chemotherapy chairs for patients receiving treatment.

“I want to say thank you to Peter Hornby’s family and friends for their generous donation,” said Ruth Brierley, Ward Sister on the Chemotherapy Unit.

“The large amount of money they raised will make a massive difference to the people we look after.”