Surgeons at East Lancashire Hospitals NHS Trust have today announced that they have successfully treated a number of complex head, neck and oral cancers through ground-breaking microsurgery in the last year.

Across East Lancashire, over 100 patients are diagnosed with oral cancer each year and 75% of these patients will need major reconstruction surgery once the cancer has been removed. Previously, East Lancashire residents had to travel outside of the region to undergo the extensive surgery.  But now two new surgeons at ELHT are able to offer the complex procedure much closer to home.

Mr Leo Vassiliou and Mr Panos Kyzas, both established Head and Neck surgeons, were appointed to ELHT in May, 2020 to help the Trust rebuild this vital service for its population. They have successfully treated 75 patients in their first year, all with a 100% success rate. The service is now one of the highest performing in the UK and ELHT is the only Trust in the North West that has continued to offer uninterrupted, unchanged and state of the art treatment to its oral cancer patients since the Covid-19 pandemic began.

The microsurgery, known as ‘free flap microsurgery’, helps to reconstruct a patients face once a cancer has been removed, which often leaves a large hole in the patient’s mouth and sometimes their face. It involves the transfer of tissue from any part of the patient’s body with an intact blood supply through its blood vessel, which is then re-attached to blood vessels in the neck. This allows the transferred tissue to regain blood supply which encourages the regrowth around where the cancer was removed, allowing for cosmetic and functional repair.

Mr Leo Vassiliou said: “The joining of the vessels is a highly complex and labour-intense procedure that requires many hours in the operating theatre. Patients recover in the intensive care unit for 2-3 days before being moved onto a specialist Head and Neck ward for two weeks. I’m so pleased we are now able to offer this procedure to our patients closer to home, rather than them travelling out of the area for their surgery as this helps massively with their recovery.”

The first anniversary of the service was celebrated with the launch of the Head and Neck Enhanced Recovery Patient Pathway, which was designed to allow patients to become a lot more involved in their aftercare and encourage them to recover and get back to their families as soon as possible following surgery.

As well as the set-up of this new pathway, patients were also keen to thank the team who performed their surgery by donating money to head and neck research following their successful procedures, with the goal of furthering the quality of care that patients receive by promoting research and technology. This was done through the Trust’s official charity ELHT&Me, where patients can set up a specific fundraiser to donate.

Mr Panos Kyzas said: “Nothing is more challenging and more rewarding at the same time, than designing, building and delivering safe and efficient care for patients. This has been an amazing year for us with lots of challenges, especially as the service was set up during the pandemic, but together we have managed to combine clinical excellence and put ELHT on the international map for Head and Neck surgery.” 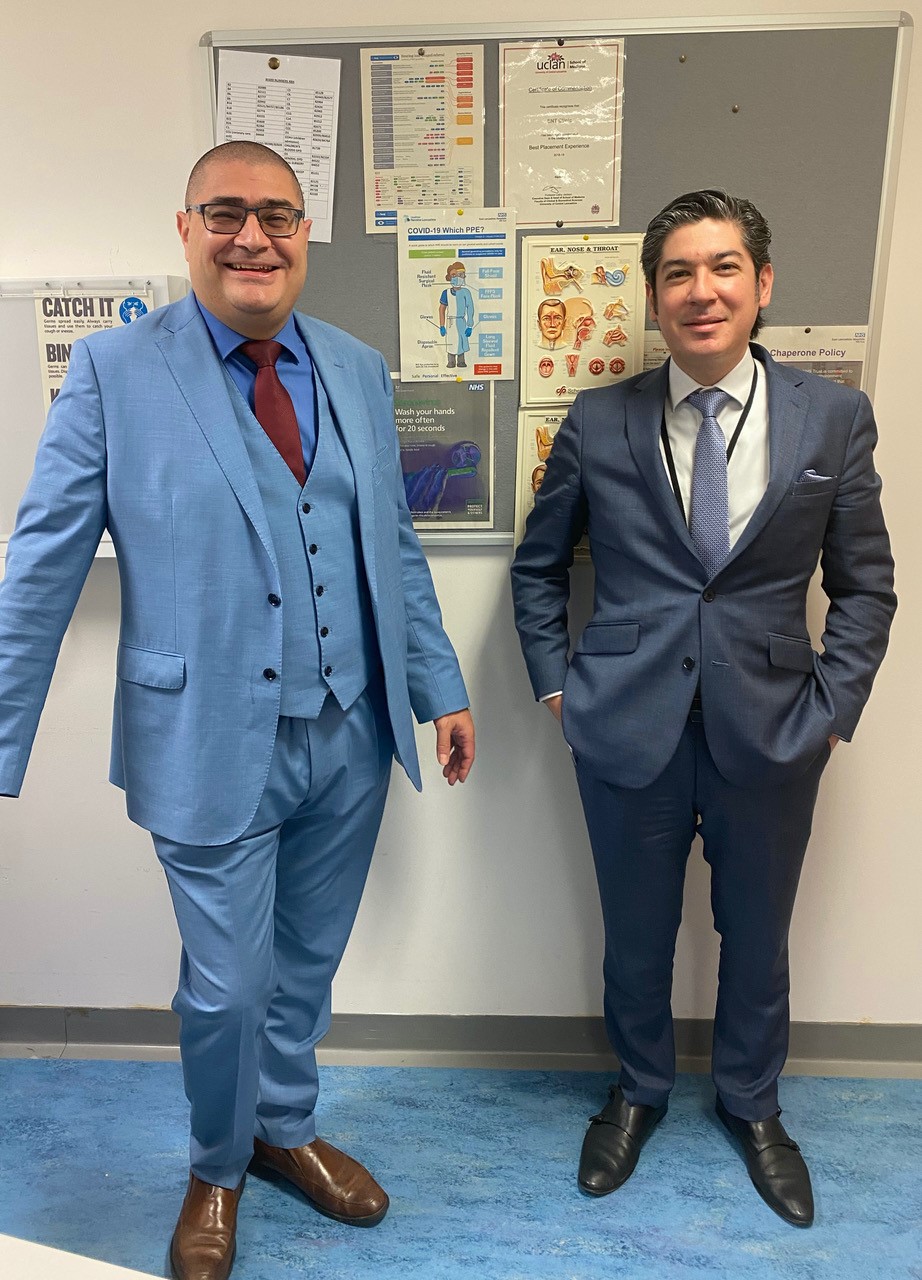