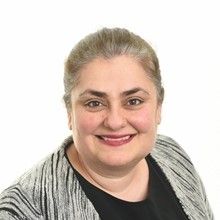 Naseem is a solicitor (no longer practicing) and she began her public sector career as a solicitor in Local Government. In 2003 Nassem was appointed as one of the founding Commissioners for the Independent Police Complaints Commission responsible for the North West region, a position she held for 10 years. Naseem is an experienced NED and she served on the Boards of the Blackburn with Darwen PCT and Lancashire Care Foundation Trust.